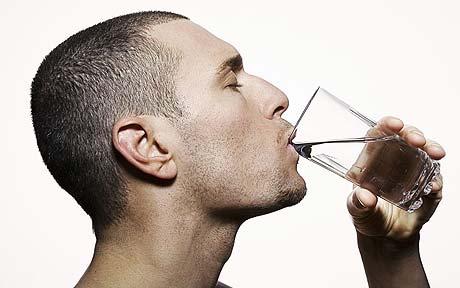 What happens to your body when you drink distilled water?

Whether you should drink distilled water is a contentious issue that has pitted two kinds of people: those for and against. It’s a topic that has seen thought-provoking arguments from both sides of the fence, and is still relevant till this day. This is because water is an essential resource that the human body can’t live without, so any kind of water is bound to attract contentious debate.

Those for drinking distilled water say it is healthy and safe. And in many respects, they’re right. However, those against consuming the water talk about the long term effects. So what is one to do? How do you know who is right? The best way to decide would be answer a question rarely provided by both sides: what happens to your body when you drink distilled water?

What is distilled water?

To understand what all the fuss is about, we must first explore the qualities distilled water. Unlike sea, mineral or tap water, distilled water is defined as H20 that is close to or completely free of minerals and contaminants. It’s produced through a process of boiling water until it transforms into vapor, leaving behind the contaminants in the initial container, and finally condenses into pure water in a separate container.

Distilled water is used for a variety of applications, mainly industrial, chemical and biological, where unpurified water would contaminate experiments or corrode equipment due to its high mineral contents or presence of pollutants. Its use has been restricted to the aforementioned sectors for a while because of how relatively pricey it is to produce, but has become more accessible to the general public over the years. What’s more, it is also used for drinking where there is no other alternative.

What happens to the body when you drink distilled water?

Now to answer the big question; when the body consumes distilled water, it follows the same process as it would normal water. As it enters the body, it collects in your stomach and is stored there until it is transported to the small intestines together with other nutrients that you have consumed. Eventually it is absorbed into bloodstream where it will serve various parts of the body.

So it’s okay to drink distilled water then?

If there isn’t an alternative, yes. Distilled water can help you survive in an emergency, where clean water isn’t immediately available, as a short term solution to hydration. It will help your body perform all of the normal functions, ultimately helping you to survive.

Because distilled water is pure, it won’t contain any toxins such as E. coli or other harmful bacteria that might lead to poisoning or diseases such as cholera. This makes it effective in certain coastal or inland arid areas, as well as ships and even spaceships, where there is no water available or is available as seawater or brackish.

In conclusion, those against drinking distilled water are wrong?

No, those who are against drinking distilled water aren’t wrong at all. In fact, they don’t mind if you do. What is of concern is how much you consume and where you are getting it from. Consumption of distilled water for industrial distilled water, for example, is not at all advisable as it might contain other particles that may harm the body. However, even water distilled for drinking purposes can have long term detrimental effects, so we would have to investigate how the body is impacted.

But we’ve been through this already; distilled water acts just like normal water in the body

In terms of keeping your body hydrated, yes it does. However, distilled water contains very little to no essential minerals such as calcium, magnesium and iron. As a result, your mineral intake might be so insufficient that your body becomes less healthy. Without calcium, for instance, your bones and teeth might become very brittle. What’s more, very little calcium reduces neuromuscular excitability and how the heart and muscles contract as well as the coagulability of blood.

To make matters more complicated, the lack of minerals may result in distilled water leaching existing minerals and nutrients in the body, even those that you have just consumed. What’s more, you may also be subjecting your body to more toxic metals because of higher leaching of metals as a result of the distilled water coming into contact with certain kinds of materials.

Lastly, if you use distilled water for cooking, your vegetables, meat and cereals can lose up to 60% of their calcium and magnesium as well as up to 66% of copper, 70% of manganese and 85% of cobalt. So everything you consume will lack essential minerals needed by the body. Other possibilities include the likelihood of bacterial contamination and negative effects on metabolism and mineral homeostasis.

While there is not enough studies to say you shouldn’t drink distilled water, it’s advisable that you drink alternatives with a healthy mineral count. Only when you don’t have a reliable source of water, such as when you’re out camping, should you look to drinking it. If you are going to consume distilled water, it shouldn’t be from an industrial source and you shouldn’t consume it for a long period of time.