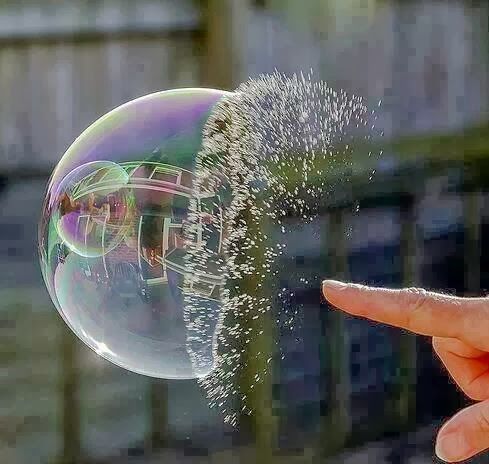 Exploring the use of distilled water in science

Distilled water is not only used in the medical field, it has a myriad of applications in scientific experiments.  Scientists favour this form of water, as it’s a constant and doesn’t cause any side reactions when used in the lab environment.  As you can see, it’s far from the boring, clinical product it’s made out to be. Join us in exploring the use of distilled water in science.

In celebration of one of the purest forms of water, we had some fun and made a mess to bring you some cool experiments you, and the kids, can do.  So, gather your supplies and channel your inner scientist.

Who wants plain old bubbles that pop after a couple seconds when you can have robust orbs that won’t? Below is an easy recipe to make these super-bubbles.

Stir all the ingredients together in the bowl.  Do this slowly so that it doesn’t form bubbles. Allow it to rest for 24 hours.  Dip the wands into the solution and enjoy your super-bubbles.

It’s important to use distilled water as the minerals found in tap or filtered water can affect the quality of the bubbles.

Eggs are more than just a protein-filled delicacy, they make for cool science experiments too.  Observe the process of osmosis, where a liquid passes through a semi-permeable membrane, with an egg by doing the experiment discussed below.

To start, you will need:

Soak the egg in a cup of vinegar for 24hours to dissolve the shell. (You can leave it for longer if the shell does not dissolve completely.)

When the shell is completely dissolved, remove the egg from the vinegar and place it in a cup filled with syrup for another 24hours - Karo syrup works well.  This will make the egg sink in as the syrup draws the egg white’s water out through the membrane, which is the process of osmosis.

Take the sunken egg out of the syrup and place in a mug with distilled water.  This will fill the egg with water again.  Often it will make the egg expand to be larger than it originally was.  It can gain up to 2cm in circumference. This step may take a couple of hours.

Notes:It might be a good idea to use more than one egg and place them in separate cups as they are prone to breaking when lifted up with a spoon.  You don’t want to wait another 24hours for a new eggshell to dissolve.

It might be a good idea to use more than one egg and place them in separate cups as they are prone to breaking when lifted up with a spoon.  You don’t want to wait another 24hours for a new eggshell to dissolve.

To make this experiment even more fun, especially for kids, add some food colouring to the distilled water in the last step and watch the eggs absorb the colours.  When you’re done, it’s also fun to pop the eggs and watch the colours run out.

Gummy bears are made from sugar and gelatine. The latter is a polymer, which basically make it possible for water to move in and out of the substance.  So if you place them in water, they’ll soak it up like a sponge.  Depending on the type of water, they’ll expand differently.  Do the experiment below and watch your gummy bears grow.

Put 1 gummy bear into each cup with a different type of water and leave to soak for 48hours.

After 48hours, remove the bears from the water and see how they’ve grown over the last two days.