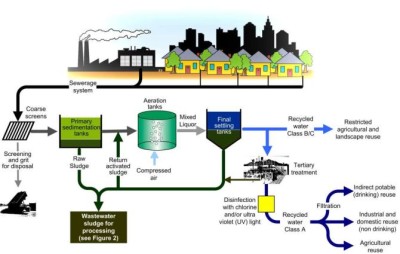 In the 1980s, water purification was taken to the next level and a treatment plant in Tokyo began producing clean water from waste that was then used in toilets in major commercial buildings. This, and other similar projects, sparked international debate as demands for clean water increased in places where the population is growing quickly.
Over the next twenty years, numerous studies showed that reclaimed water was as safe to use as regular water sources. This lead to the widespread use of recycled water around the world for irrigation of crops, parks, school grounds and more.
The benefits of proper water purification
With the correct waste management systems put in place, countries around the world will be able to ease their burden of having to supply fresh water. Other benefits include: Can reclaimed water be used for drinking?
This is not very common, even in countries that have been using recycled water for years. However, the technologies used for treating water have come a long way in the last few years. The process is for cleaning the water is quite extensive and still expensive to do.
Today, there are several countries around the world that add reclaimed water to their ground or surface water before adding it to their drinking water. Tests have shown that this water often ends up having less contaminants in it than their usual drinking water supplies.